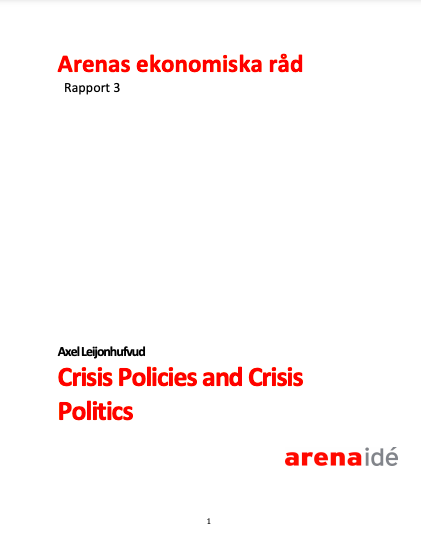 In the previous lecture, I sketched a picture of the economy. In one region of its state space, which I call “the Corridor”, markets work well and the “automatic” tendencies towards equilibrium are strong.  In a second region, equilibrating tendencies are weaker and stabilization policies may reduce the depth and length of recessions. In the third region, the endogenous tendencies for the market economy to recover are exceedingly weak and conventional macropolicies are not very effective.

In this vision of the economy, we have to worry about unstable as well as stabilizing processes or, in a different terminology, about positive as well as negative feedback loops. The instabilities of concern in economics are bounded. The economy neither blows sky-high, nor does it implode into nothingness. But the bounds can be rather narrow or very wide.  In the narrow category, we would have the multiplier and accelerator feedbacks of standard business cycle theory. In the wide category, the great financial crashes and high or hyperinflations.

In this lecture, I want to discuss three problem areas. The first two deal with policies and the third with politics.

First: what policies can get us out of Region 3? Which policies do not promise much help?

Second:  What kinds of regulations offer the best prospect of preventing a recurrence of financial crisis and deep recession?

Third:  What are the social and political repercussions of serious economic instability? What dangers do they pose?